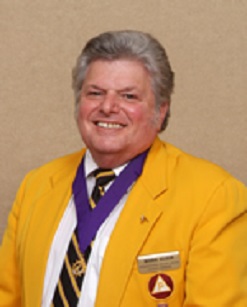 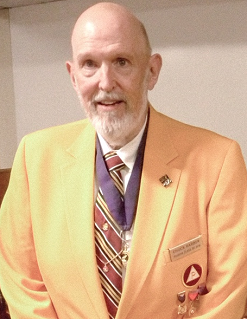 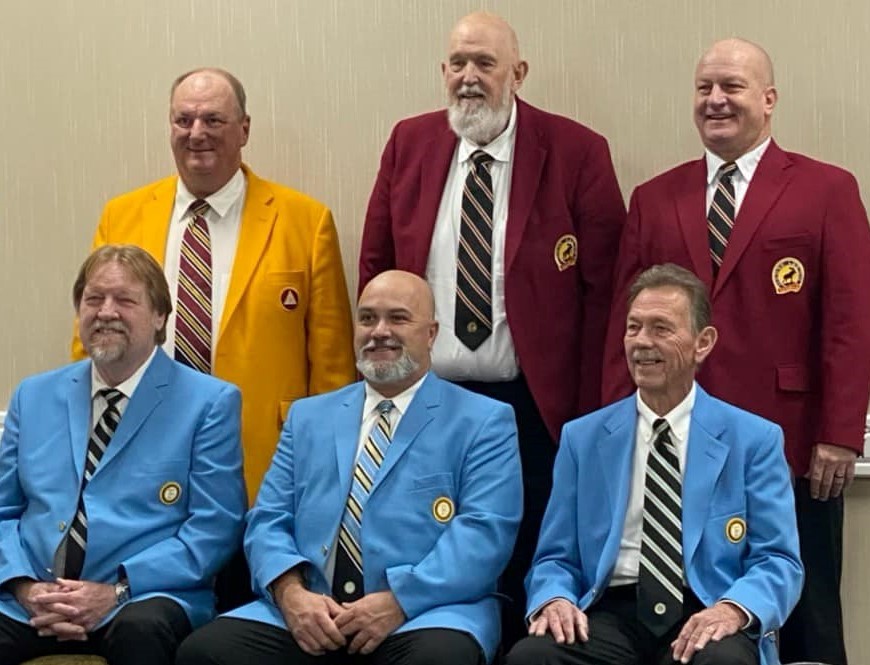 THE MOOSE LEGION DEGREE OF SERVICE AND LEADERSHIP:

Each Moose Legionnaires feels an increased level of pride in membership with opportunities to serve as leaders in the Moose fraternity. It’s also an opportunity to provide additional support for our Order’s philanthropic causes through additional fraternal involvement to Mooseheart and Moosehaven .

Each Moose Lodge is required, as per the General Laws of the Order, to organize a Moose Legion Committee. This group hosts its meetings and various functions for the social enjoyment of their local members. And, by doing so, not only do our Moose members enjoy their membership even more, but additional support is generated for the local Moose Lodge, and the Fraternity in general.

Additionally, an area of Moose Lodge’s band together and unify efforts when forming a Moose Legion jurisdiction (such as a District within a Moose Association). These jurisdictions then host additional functions for Moose Legionnaires and their families as directed by the Boards of Directors and approved by the membership. We raise significant funds in support of Mooseheart and Moosehaven as well as general support of the State and Provincial Moose Associations and indeed the Fraternity itself.

The Moose Legion is known as the “Degree of Service and Leadership” because of the many programs we support and the great leadership that we produce. We even have our own month of the year. January is always Moose Legion Honor Month. This is a great opportunity each year for every Moose Lodge and our Fraternity should take time to honor the service and leadership as continually provided by the Moose Legion.

The Moose Legion may possibly be even better known as the “Fun Degree”. Our members definitely do like to enjoy themselves! Our mission is “to have fun while providing greater service to the Moose fraternity”. And, our motto is “to do some good thing for someone each day”. Now, you can understand why we are Proud Moose Legionnaires!

THE FELLOWSHIP DEGREE OF HONOR:

Membership is generally comprised of those who take an active role in building membership, serve on committees and volunteer their time and talents in service to the various Moose programs. Those who serve as chairmen of various committees and as officers in the Moose Lodge, Moose Legion, district and Moose Associations are most often recognized and recommended for this advancement.

November is Fellowship Honor month across the fraternity. The members of this degree are recognized for their services over the years through activities and programs. They also meet to discuss the possibility of recommending other Moose Legion members to be considered for the honor of this Fellowship Degree.

Recommendations are confidential until such time as the recommended Moose Legionnaire is selected and called by the Pilgrim Council to be conferred with this Degree of Honor. The opportunity to serve on the Moose Lodge Fellowship Committee is one of the privileges of being a Fellow. This select group may meet as often as they like to socialize, raise funds for special projects or conduct other business beneficial to this Degree or to the Moose Lodge.

A Fellow is someone who has been a leader and is now often an all-important mentor to newer members helping to guide them along a fraternal leadership path towards enhancing our existing programs. They continue to serve in various ways to keep their fraternal units strong, often through positive efforts in membership recruitment and retention.

The official regalia of a Fellow include a French-blue blazer featuring the Fellowship logo, coordinated necktie, white shirt, black trousers and accessories. The regalia may be worn at any function of the Order and is symbolic of the character and strength that these men have provided to the Moose fraternal structure.

THE PILGRIM DEGREE OF MERIT:

It’s a great honor to be recognized as a Pilgrim of the Order. Only Moose Lodge members who have served their lodge, advanced in the Moose Legion to the Fellowship Degree of Honor and have continued to volunteer are considered for this highly coveted degree.

Generally, the Pilgrim Degree is attained only by those devoted members who have given many years of service to and for our varied community service and fraternal programs. They’ve volunteered to serve on committees and as an officer in various levels of the Fraternity, mentored others, and have shown fraternal leadership along the way.

Like the Fellows of our Order, Pilgrims are encouraged to meet and continue to perform fraternal acts to assist our program at all levels of the Moose. This would include the encouraging of members to serve on committees and as officers in the Moose Lodge and Moose Legion. As a true fraternalist, he must continue to support programs of the Moose Lodge and Moose Legion, their districts and the Moose Associations while rendering support of our philanthropic causes of serving childhood, old age, our communities, all while accepting each opportunity to celebrate life.

The official regalia for a Pilgrim includes a blazer of gold featuring the Pilgrim logo, with coordinated necktie, white shirt, black trousers, and accessories. This official regalia distinguishes a Pilgrim as a Moose member of meritorious service to our Order. The Pilgrim Degree of Merit remains with each honoree for life providing that his Moose Lodge dues and his Moose Legion membership dues continue to remain in active status.

California Nevada Moose Association (CNMA) is part of an International Organization of Men and
Women Dedicated to Caring for Young and Old, Bringing Communities Closer Together, and Celebrating
Life.

Tell us about the good work of your Lodge/Chapter for the chance to be featured on The Moose International website or the Heard of Moose? Facebook page!

The Moose is a private organization. All activities and events referred to on this Web site and in The Moose newsletter are available to active members and their qualified guests only. This Web site is for informational purposes with proprietary information intended for members only. General information is available to the public at large but should not be construed to be a solicitation for membership. This Web site is an initiative of California Nevada Moose Association, Inc., and is not sanctioned by Moose International or any subsidiary thereof. All logos, trademarks and service marks pertaining to the Moose and/or its programs or degrees are copyrighted © by Moose International, Inc., Mooseheart, Illinois.